Go back
CertifiedEducation quality
12/2019
Spellzone is an online resource for practicing English spelling.

Spellzone is an online resource that unlocks the mystery of English spelling. It has three main components: The Spelling Ability Test, a complete spelling course and 1000's of word lists. It is used by students aged six to adult in schools, colleges, workplace and homes

The Spelling Ability Test provides students with baseline scores and individual learning pathways. Automatic retesting keeps them on track with little intervention. The phonics-based spelling course covers all of the English spelling rules. Teaching includes definitions, sentence context and learning tips.
Spellzone also provides learning analytics for teachers to keep track on their students' progress. Teachers can create their own subject-specific word lists or use the ready lists on Spellzone. These can be set as classroom or homework tasks for individual learners or whole classes. 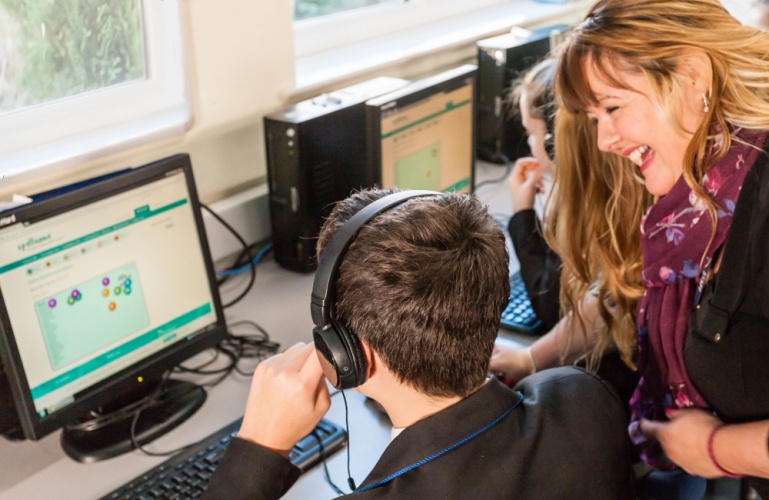 Passive Active
Spellzone responds or adapts to user's activities: The staring test analyzes the results and plans the learning path accordingly. There's plenty of pre-curated material: The learning path includes numerous tasks and the student can also look for more word lists themselves. There are also lots of ready-to-use materials for the teachers to choose from. In order to progress the user is required to acquire and use new information, and the system adapts to learner's actions.
Rehearse Construct
Success and progress in Spellzone is based on the ability to adapt knowledge that the solution delivers: The tasks are provided and the learning path is personalized according to the student's results at several points during the course pathway. The spelling ability test at the beginning of the course defines the contents of the course pathway. Spellzone provides examples and demonstrations, and the students practice until they know them by heart.
Linear Non-linear/Creative
Learning progress is individual and the solution can create custom learning paths for all users. The content is adapted based on the Spelling ability test. Learning outcomes have a fixed effect on progress - the users will get on when they have successfully passed the previous sections.
Individual Collaborative
The solution allows the learner to make all the decisions individually. Progress depends only on the user's own actions. The teacher can set personalized tasks for learners, but there are no group goals or collaboration.

Spellzone provides a great amount of online exercises, games and activities for the learner, and many printable worksheets for classroom use.
Spellzone is an easy tool for learning spelling and vocabulary. There's plenty of examples and chances for practicing.
The Spelling Ability test makes the solution adapt to the skill level of the user.