Practicle Math is an online adaptive Math practice website that helps to identify the learning gaps of elementary school children and closes these gaps through a personalized and gamified approach. The platform has online assignments with instructional videos and example solutions. The learner can set a goal for their use and select from various topics to study. 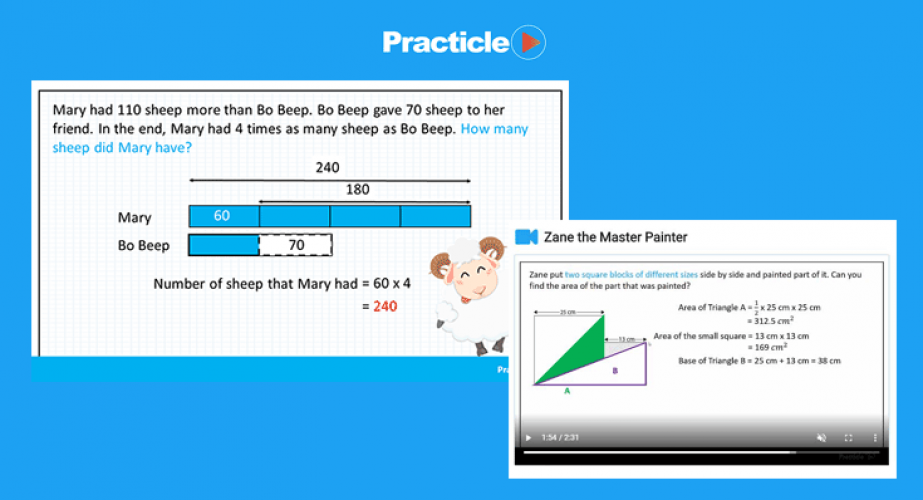 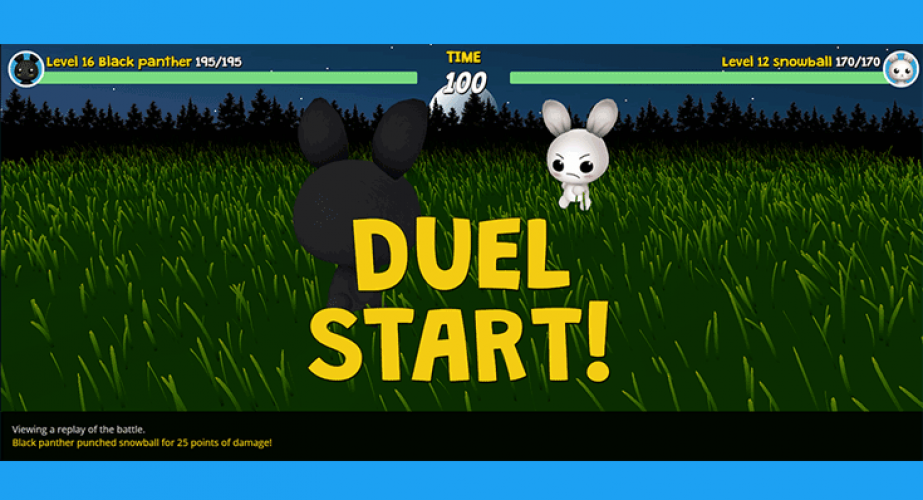 Practicle Math has extensive progress statistics and clear goals for each day. 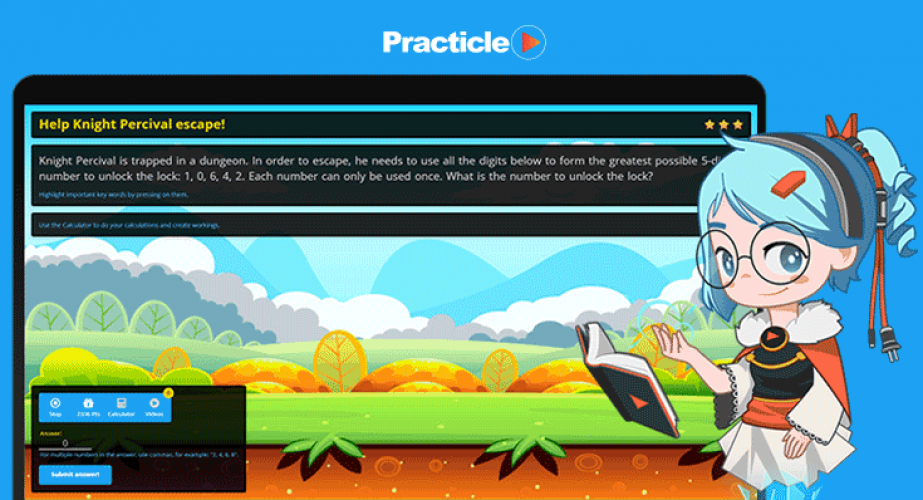 Many of the assignments are presented in a story form. 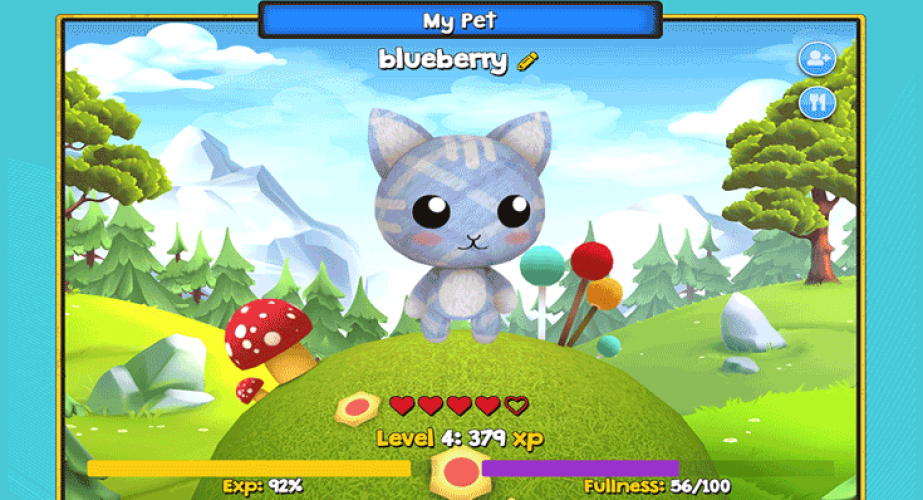 Children can take care of a virtual pet by practicing regularly.

Passive Active
Practicle Math has plenty of versatile, interactive assignments of excellent quality. Video demonstrations are well explained and allow students to catch up on things they miss at school. The solution provides plenty of positive feedback and encouragement and clear goals for each day and for the longer-term. Adaptive difficulty based on user performance and goals is a great asset. It works well and the system is suggesting relevant content.
Rehearse Construct
Practice Math guides the user in reflecting on their progression and tells the users what they have learned. The solution breaks down data on strengths and weaknesses. The main strength of the system is that this is a tool for generating extra exercises to be done outside of the classroom, and it is adapting to the student's level. It is more accessible, and easier to dip into than a textbook, for example.
Linear Non-linear/Creative
The system gives users a reason to keep using it (rewards, competition, pets, etc), and there's a clear progression. Learning progress is individual, yet it follows a linear line of pre-set questions adapted to the student's current level. Dynamic Spaced Repetition of different level questions keeps the student's motivation and self-esteem elevated. After failing a question they are not faced with yet another difficult question, leaving them discouraged by the challenge.
Individual Collaborative
Progress depends only on the user's own actions and level of success. The user can act and progress autonomously, and the solution is easy to use independently by the students. There are social features that can be activated by searching for other users, eg.a possibility to engage in competition with classmates etc.

The product allows the user to set the current level and the target level. The product customizes the progress accordingly.
The product gathers, analyzes and uses the learning progress information to further customize and individualize the learning path.
When facing a problem too difficult to solve, the user can watch a video on how the question is solved. The video tutorials are simple and effective.
Practicle includes excellent artificial intelligence that offers versatile tasks to users, Practicle is one of the first solutions that offers really adaptive content to users.

Finding unknown angles
Vertically opposite angles
Identifying the base of a triangle and its corresponding height
Use of the property that the angle sum of a triangle is 180 degrees
Writing equivalent ratios
Reading and writing numbers in numerals and in words up to 10 million
Solving word problems involving the 4 operations
Addition and subtraction of mixed numbers
Multiplying mixed number and a whole number
Interpretation of a : b and a : b : c, where a, b and c are whole numbers
Expressing a ratio in its simplest form
Finding the ratio of two or three given quantities
Finding one quantity given the other quantity and their ratio
Interpretation of average as "total amount ÷ number of items"
Angles on a straight line
Measurement of volume in cubic units
Measurement of volume in cubic centimetres (cm )/ cubic 3 metres (m )
Use of formula to calculate the volume of a cube/ cuboid
Finding the volume of liquid in a rectangular tank
Conversion between fractions and decimals
Multiplying two improper fractions
Use of the percentage symbol (%)
Finding a percentage part of a whole
Expressing a part of a whole as a percentage
Calculation of the average number/quantity
Relationship between average, total value and the number of data
Angles at a point
Area of triangle
Properties of parallelogram, rhombus and trapezium
Multiplication and division by tens, hundreds and thousands without using calculators
Order of operations without calculator
Use of brackets without calculator
Dividing a whole number by a whole number with quotient as a fraction
Multiplication of a proper fractions and a proper/ improper fraction without using calculators
multiplication of an improper fraction and an proper/improper fraction without using a calculator
Finding the missing term in a pair of equivalent ratios
Reading and interpreting tables
Solving word problems using information presented in tables
8-point compass
Identifying symmetric figures
Estimation and measurement of angles in degrees
Relating quarter, half and complete tursn to angels in degrees.
Properties of rectangle and square
Determining whether a straight line is a line of symmetry of a symmetric figure
Completing a symmetric figure with respect to a given horizontal/vertical line of symmetry