Magma Math is a digital math platform that allows for students to show their work the same way they would with a pencil and paper. The platform reduces the amount of time spent on lesson planning and allows teachers to focus on providing differentiated support based on real-time data.

Creating assignments is simple and intuitive. Teachers can choose from thousands of standards-aligned problems for K-12 math, as well as create their own problems. Students can work on Magma Math from an iPad, Chromebook, PC, or mobile device. Magma Math promotes mathematical reasoning and discourse while deepening students’ conceptual understanding. 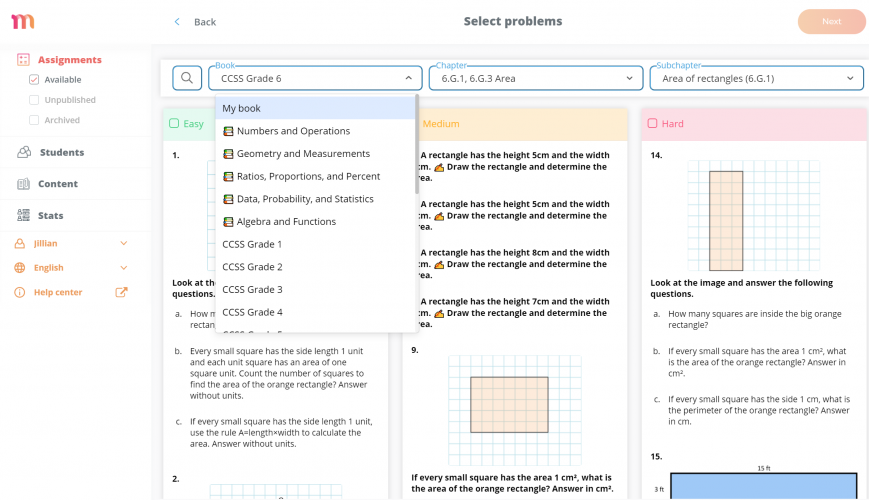 Magma Math has a great variety of curriculum-aligned tasks.

The students can draw their solutions in Magmamath.

The teacher can view the solutions. 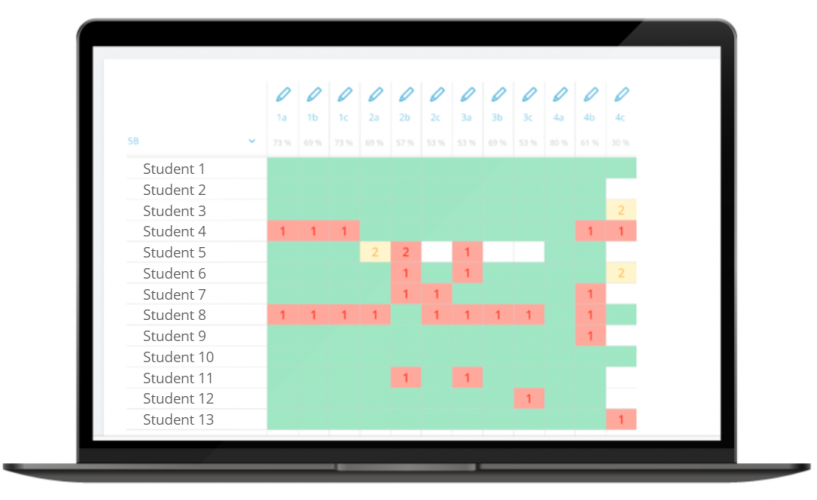 Assignments can be easily differentiated.

Passive Active
Magma Math provides excellent pre-curated material and demonstrations for teachers and learners. The materials include three levels of math problems for learners: easy, medium and hard. At each level, there is a variety of tasks for one content, thus, teachers can make a choice depending on their students' levels. Moreover, many types of tasks are included, such as multiple-choice questions, short answer questions and drawing.
Rehearse Construct
Magma Math is created for rehearsing content. For some topics, there is a nice variety of exercises. Some involve plotting graphs, others involve sketching, or using the virtual whiteboard to solve a problem. There are different tasks and tasks levels. This helps the teacher to differentiate their learning well - the students will practice the same content but at the level they need to.
Linear Non-linear/Creative
Learning progress is directly comparable between users. The learning analytic features for teachers are well-made and useful. The ability to use an 'exam mode' is also a useful feature. The time when each problem is completed is also recorded. You can also give individual tasks, so teachers can give extra work to students who finish fast and want more challenge, and extra practice in areas some students are struggling. The teacher can fully customize assignments with content and difficulty.
Individual Collaborative
Magma Math is for students to use individually, and as a flexible tool it can be used to respond to individual needs of the student. There is the flexibility to use this in the classroom, but has greatest potential when used as a homework tool. It will also make it easy for teachers to track progress and use this data to create grades and reports. There is a chance to ask for help from the teacher in Magma Math, so there is a small collaboration element to it.

Magma Math offers a solid way for students to practice mathematical problems. The interactive features are well thought out and easy to use.
The teacher interface is useful for tracking student progress and identifying strong and weak areas.
Teachers have diverse ready-made resources of math problems with three levels, and they can create more for students.